ORGANIZER OF THE CONFERENCE

The European Liberal Forum (ELF) is the foundation of the European Liberal Democrats, the ALDE Party. A core aspect of our work consists in issuing publications on Liberalism and European public policy issues. The foundation also provide a space for the discussion of European politics, and offer training for liberal-minded citizens. The aim is to promote active citizenship in all of this. The foundation is made up of a number of European think tanks, political foundations and institutes. The diversity of membership provides a wealth of knowledge and is a constant source of innovation. In turn, we provide our members with the opportunity to cooperate on European projects under the ELF umbrella. ELF works throughout Europe as well as in the EU Neighbourhood countries. The youthful and dynamic nature of ELF allows us to be at the forefront in promoting active citizenship, getting the citizen involved with European issues and building an open, Liberal Europe. https://www.liberalforum.eu/

PARTNERS OF THE CONFERENCE

The Institute for Politics and Society is a Czech think-tank founded in October 2014. The mission of Institute is to cultivate the Czech political and public sphere through an in-depth and open discussion and to create a living platform which terms problems and offers recipes for their solutions through international conferences, seminars, public discussions, political and social analyses available to the whole Czech society. We believe that an open discussion is a prerequisite for any successful solution to political and social problems. Our main themes are foreign and security policy, defence, European matters, but also schooling, digitization, power industry, urbanism, life in a city and in the public space, values in politics and human rights in our country and abroad. https://www.politikaspolecnost.cz/en/front-page/

Friedrich Naumann Foundation for Freedom is a German liberal foundation with over 60 years of tradition. It aims to promote values of liberal democracy, freedom and human rights in more than 60 countries all over the world. With safeguarding and development of its statutory projects the Friedrich Naumann Foundation for Freedom wants to contribute to shaping the future. Furthermore, it assists the development of democratic and constitutional structures by supporting liberal parties, NGOs as well as talented individuals. The foundation’s central idea is the realisation of freedom and responsibility.
https://www.freiheit.org/

Republikon Institute is a liberal think tank organization based in Budapest. Independent from any political party but committed to democratic values, tolerance, and the construction of a more open society. It is the mission of Republikon to articulate new ideas, to find ways of making the values of liberal democracy, human rights and tolerance more popular and to contribute to any future coalition between parties, civil organizations and NGOs critical of the authoritarian tendencies visible in Hungary.  Moreover, Republikon is acting as a policy watchdog. The Institute aims to influence the public debate by shedding light on the operations of the government and the different political parties. Republikon is involved in policy researches on a monthly basis and it is focusing on initiating projects that contribute to a more open, democratic and free society. The Institute is member of several European organizations active in public policy issues. It has also taken part in several EU-level projects in diverse fields such as minorities, migration, protection of human rights.
http://republikon.hu/

Liberté! Foundation is a think tank and a civil society organization founded in 2007 in Poland. The focus of the Foundation’s activities is publishing expert, ideological, socio-political Liberté! magazine. Their mission is to promote civic engagement for community, an open society, liberal economic ideas, European integration, and to organize a social movement around these in Poland. The Foundation’s main objective is to create in Poland a viable liberal alternative to the mainstream populist attitudes in the form of a comprehensive and interdisciplinary institution capable of influencing Polish citizens in an efficient way in a bid to bring about a liberal change in the country and the society as a whole. https://liberte.pl 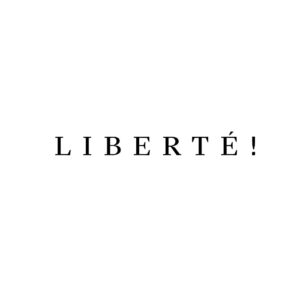